Rodents are a major pest because of the disease they transmit and the damage they cause. 1 in 15 food premises are rat infested, higher still for mice. All rodents must gnaw regularly to keep their continually growing incisor teeth at a manageable length. They live in colonies of extended families and are capable of rapid reproduction. Rodents usually feed at night and consume up to 10% of their body weight daily. It is common to see them collecting food during the day.

Damage and Food Contamination by Rodents

Damage is caused by gnawing woodwork, pipes, wires and on an endless variety of stored commodities from paper to soap. Gnawed electrical wires cause power failures and fires. Burrowing often causes subsidence in roads, pavements and buildings. Contamination accounts for 15% of worldwide food loss annually. It may take the form of partially eaten materials, ripped packaging and spillage as well as the presence of urine, rodent hairs, droppings and smell.

Weils Disease or Leptospiral Jaundice is a rat borne disease. The bacteria causing it lives in the rat’s kidneys and are transferred in the urine. They pass into the new host through cuts or by swallowing infected water, and urine soaked materials. 60% of British rats carry the bacteria. “Rat Bite Fever” may be contracted if bitten by a rat. Brucellosis Salmonellosis (food poisoning) and plague are other examples. Salmonellosis bacteria can be transferred on the animals feet or in their droppings. Plague (Pasteurella bacteria) is normally transmitted by rodent parasites such as fleas, when they bite other animals, including man.

Under the Prevention of Damage by Pests it is an offence to knowingly harbour rodents in any premises and you can be prosecuted.

This is the most abundant of the three common rodent pests in the UK, and can be found anywhere offering food, water and shelter. It is the species found breeding in rivers, fields, buildings and sewers. They like to feed under cover.

A rapid breeder with 3-6 litters per year of a litter size of 8, they are sexually mature at 10-12 weeks. Signs of activity include well marked travelling routes, gnawing marks and greasy smears left on walls, pipes and around floor joists, against which they habitually brush. They are neophobic and therefore cautious with new objects and food sources.

This rat is now rare in this country and most commonly confined to shipping ports and coastal areas. Also known as the ship rat, it is historically infamous as the carrier of the plague flea. Smaller and more agile than the Brown rat, it is equally omnivorous with a preference for fruit and spice.

Living mainly indoors, mice are difficult to exclude as they squeeze through gaps as small as 7mm (approximately the diameter of a pencil!). Omnivorous feeders but preferring cereals and nuts, water is not vital as they derive moisture from the food they consume.  They tend to feed by taking small, multiple amounts and quickly lose interest in one food source. Pillars of dirt, grease and urine are sometimes found along habitually used runways. Mice urinate constantly and defecate around 80 times a day. With a litter size of 4-11 they litter 7-8 times a year. A pair of mice and their offspring can produce about 2000 individuals in a year.

Brian Parker Services provide a full rodent control service for all these rodents.  If you need our services just call.

The biggest waste of time and money we’ve seen as pest controllers is the continuous use of grain type poisons bought and used by home owners and other pest controllers. We’ve found all whole grain poisons to be ineffective. Buy cheap, buy twice!!

Always use a quality palatable poison which will have a good take-up rate by the rodents and will deliver the kill dose rate required which makes perfect sense! 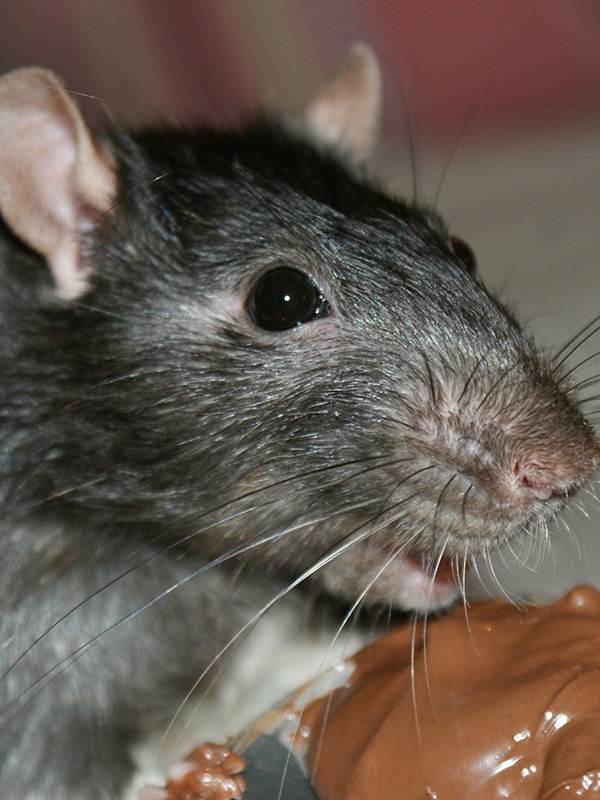