When we think of pests, we usually think of some kind of insect invading our home. But really a pest can be anything that is just that, a pest. In this sense, moles can definitely come into the pest category so it is best to call in an experienced and proficient mole catcher. Their tunnelling doesn’t cause much of a problem, but the holes that they make (as many as fifteen in a single day) can ruin any lawn or flowerbed.

Moles clearly experience pain. Unlike insects which can generally be killed in any way, it is important that they are dealt with humanely. This is one of the reasons why it is important to call in pest control experts when you have a problem with moles. We know all of the best and least painful ways to tackle mole removal issues, ensuring minimal pain for the moles.

The other reason why it is a good idea to call in pest control technicians to handle your mole removal problem is that they are very difficult to trap.  Indeed there are a number of ways of performing mole control procedures, all of them requiring some level of skill. The problem is quite obvious of course, in that they live underground, and there they will escape to at the first sight of danger.

One of the techniques used in mole removal is the mole trap. This obviously requires a lot of patience. It also requires skill and experience to be able to set them up correctly, in such a way and place that moles will be attracted to it. Once the moles are caught, they will then be dealt with humanely. One of the problems with this however, is if there are multiple moles in the vicinity, then the traps are not guaranteed to get them all.

Another option when it comes to mole removal is to use a gassing technique. In this case Aluminium Phosphide is placed into the holes. And that is the right turn of phrase, because it actually comes in pellet form, and it is only when it reacts with moisture in the soil that it lets off the gas. Although this is a more effective form of mole removal than trapping, it cannot be used if the hole is within ten feet of an occupied building.

There is a theory that vibrations keep them away. You can purchase sonic devices which you stick into the ground, and they let off vibrations which are supposed to discourage moles. However, it has not been proved that they work.

Your best bet to achieve the best mole removal results is to call in Brian Parker Services. We will not only get rid of the moles, leaving your garden to recover from the assault, but they will do so humanely. 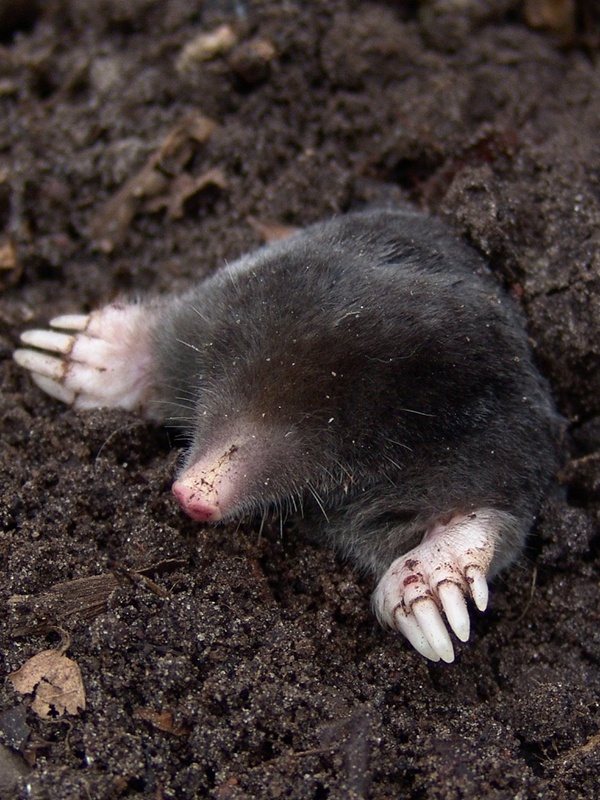